I received some orphan blocks some months back from my lovely friend and Bee a Brit Stingy beemate Catherine ! 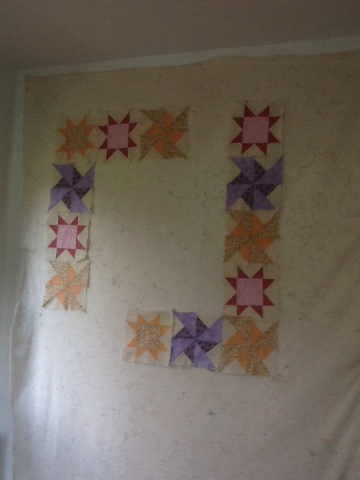 From early on I thought they would make a good border to a medallion quilt. I researched some complicated centre blocks but then I thought I should just keep it simple.   I made a quilt in my Siblings Together Bee out of this simple tile type block and I thought it would work here too. 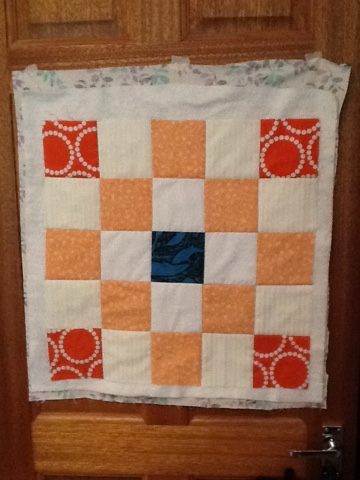 As my donated blocks are orphans I don't have the fabrics these were made from so what could I use from my stash to make a quilt top?  I found what I had in the tones already used - they weren't an exact match but I find that a scrappy quilt is quite forgiving as long as you mix it up throughout the quilt.

Then I decided I wanted a colour that would bring a bit of a sparkle to the quilt!  I tried green but it wasn't working, then tried aqua, which seemed to bring that 'je ne said quoi'! 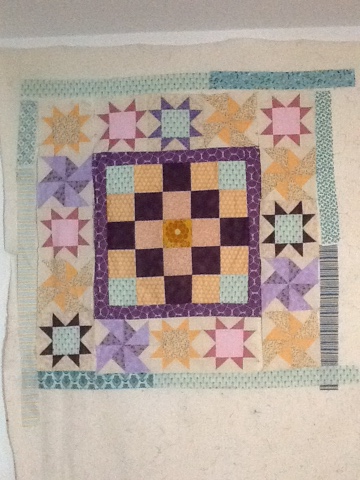 It was getting there but not big enough.

When I asked for suggested borders on Instagram (nickyeglinton - if you want to find me) two were suggested : nine patches from Alison; and piano keys from Trudi !  So both went in the mix and I ended up with nine patch corner stones that echo my centre block and stripy piano key borders ... 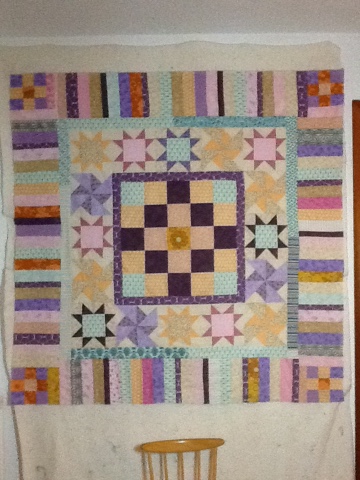 I just finished it off with a light orange plaid strip all the way round just to make it a smidge bigger and to tidy up all those stripy ends!   Less likely to stretch in ways I don't want it to.

I was then kindly offered this fabric as backing for this quilt from  [IG account] @nantucks. [that macaroon bar has long gone by the way] 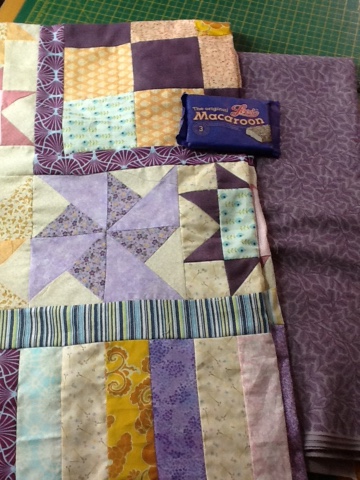 And then I quilted it and bound it in some leftover backing fabric. 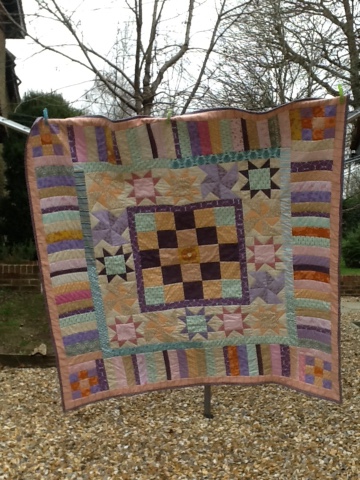 This quilt is ready to be sent to Siblings Together.  Mission accomplished.
Posted by Nicky at 09:26

No restriction but a useable size please - between 50" and 80" square or thereabouts and any shape or size in between.
Please see "What Type of quilt should I make and where should I send it?" page above for more details.

Why we make the quilts. 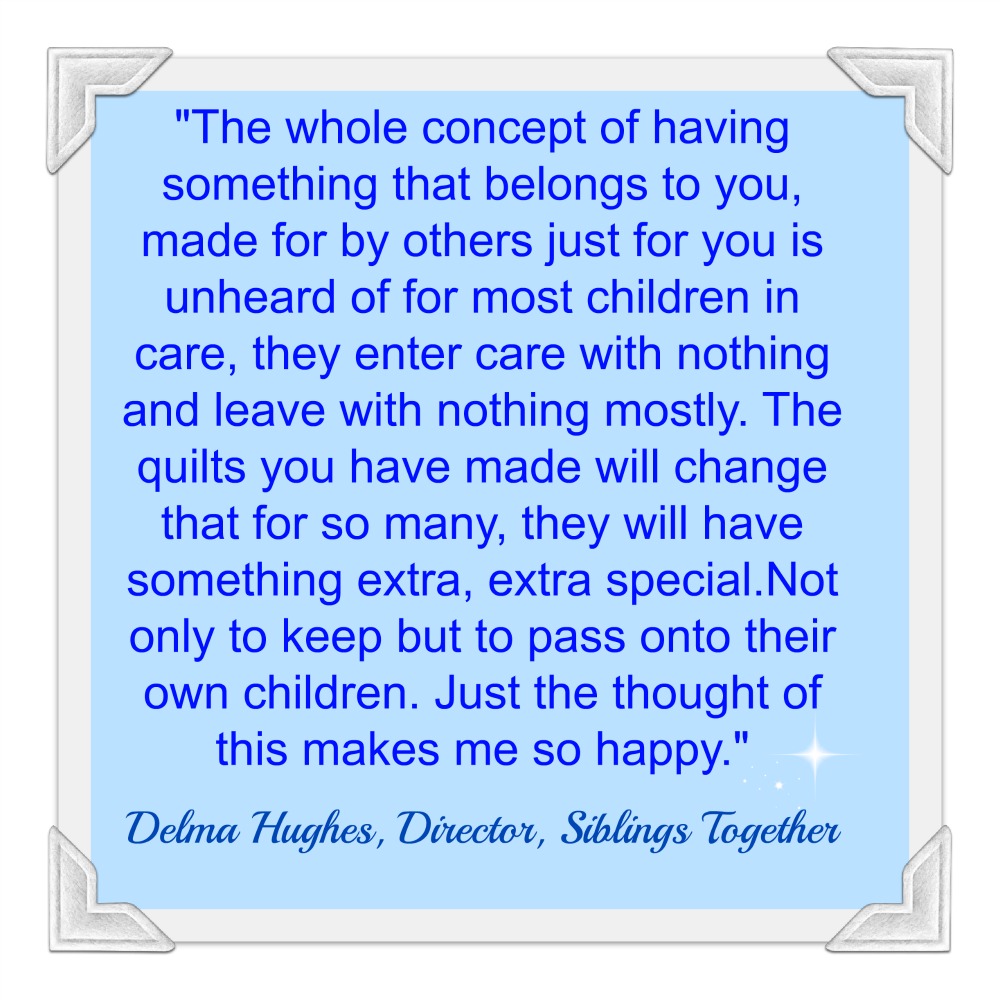 How you can help:

Make a quilt on your own..... or with friends..... Donate fabric, blocks, binding, wadding and/or thread..... Join a Sibling Together Bee..... Sponsor materials..... Quilt a quilt..... Bind a quilt.....Contribute to the blog Become a Siblings Together Cheerleader.....Write for the blog

Wandering the Web in British Patchwork and Quilting Magazine 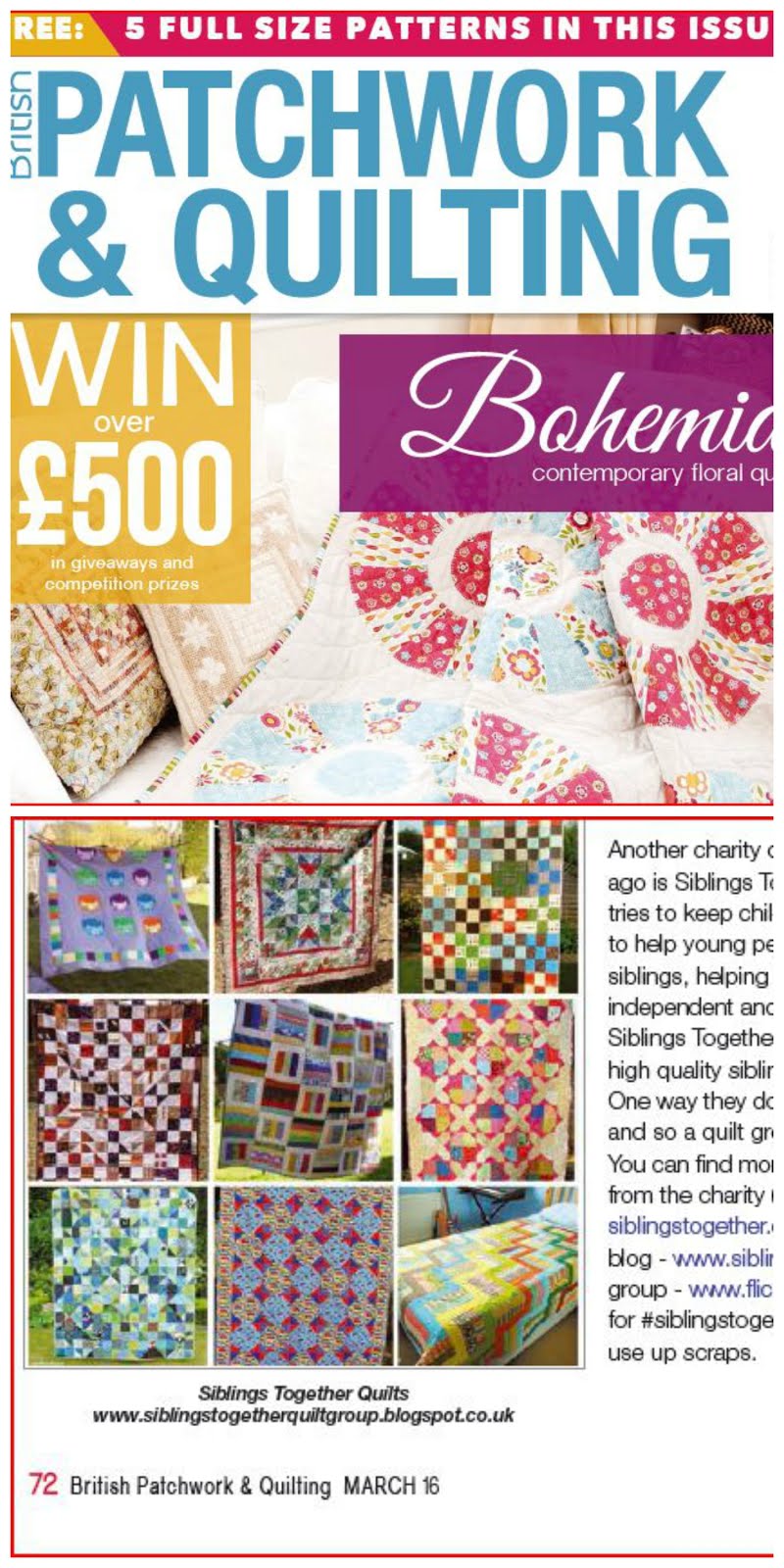